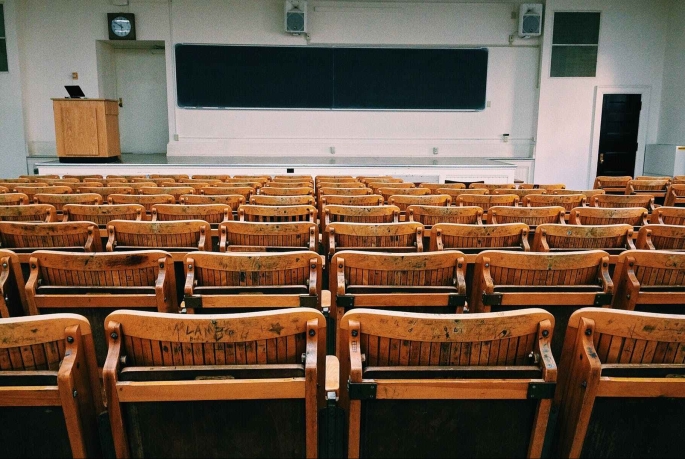 I was asked by a student recently, “is a philosophy degree relevant anymore?”  I had to think about it seriously.  As someone who just earned a master’s degree in philosophy and is seriously considering a doctorate degree, and as someone who loves reading philosophy whenever time permits and writing an involved philosophy blog, I’m inclined to say yes. But what kind of a philosopher would I be if I didn’t at least try to argue both sides? So, I thought about it a little bit more. As someone who is currently struggling to find paying work, struggling to be published, to have my hard-earned thoughts and ideas taken seriously, I am inclined to say, “not really”.

I mean if the point of an education is limited to the sole criteria of finding better pay for your labor… then no, philosophy is a total waste of your time. It’s too generic, too esoteric, too out of step with the demands of employers. Think about it: would you hire someone who liked to think for themselves but lacked the specific training for the job you need them to do OR someone who was very well-trained in the specific functions you need from them, even if they lack much on-their-feet creativity. With the exceptions of the highest level jobs, those vanishingly few decision-making positions that cannot be broken down into simpler tasks because they are big-picture oriented, most employers would rather have the latter.

But that thought brought me to the real value of philosophy.  Philosophy’s place in education is to question the fundamental assumptions undergirding every field of human inquiry.  From mathematics to art and from physics to social psychology, whenever the question turns from the specific to the general assumptions, we turn from the discipline itself to philosophy. Everything else that philosophy teaches comes, part and parcel, with the specialized disciplines themselves and there is no need to teach them separately.

Science, as we know it today, was known to our predecessors as “natural philosophy”, that is a branch of philosophy where we can put things to the test, the inductive test. The methodology of science is not only rooted in the history of philosophy, but it is also philosophy itself. The philosophy of science, I might add, is ever in the process of being redefined by those the philosophers of science. The rift between physicists and metaphysicians is a strange one to behold. It reveals something of self-ignorance of scientists to watch Neil deGrasse Tyson miss the role of philosophy on Twitter. The two have more in common than either imagines. Science is after all but a branch of philosophy that deals with the empirical. It represents the body of empirical knowledge about a given field of inquiry. Its methods are still philosophic in origin and still being refined in philosophy. The assurances of science are always subject to a priori justification because it’s entire methodology relies on just such reasoning. No matter how “hard” the science, it is bound by the principles of abduction (regarding the formation of hypothesis), deduction (internal consistency of a theory), and induction (matching observation) as are all other branches of philosophy.

Mathematics too, it may shock some to realize, is just another tributary of the river of philosophy. More accurately, it is a branch of another tributary, namely logic. Math, in its purest form, is entirely a priori after all. If math is really logic and logic is really philosophy then so goes all forms of number crunching, from accounting to statistics.  The most theoretical mathematicians are more like philosophers than many philosophers who style themselves more like analysts and psychologists. These mathematicians question the nature of numbers themselves and begin their analysis from axioms, which they sometimes have to generate from nothing, precisely like the premises of a political theorist or aesthetician.

So what does this say about philosophy’s relevance in today’s overly-specialized and capitalist-driven academic world? Well, mostly it says that students who don’t study philosophy lack the capacity to critically examine their own discipline’s fundamental assumptions. Worse still, they lack the creativity to restructure their respective discipline’s fundamental assumptions after they tear them down. This is not to say that they can’t work critically and creatively in their field, but that what is missing is an external view of their field, one in context with the nature of reality and the whole of human inquiry. What is missing is the big picture in the specialized perspective. The specialization of fields of study leads to nothing less than a tunnel vision that blinds a discipline’s leading experts from advancing the field in general or even pushing it in a deviant direction.

Again, I’m not talking about making sure law school’s teach ethics or making budding biologists learn Venn diagrams. I’m talking about teaching human beings how to see a picture as a picture and not theorizing endlessly about whatever the picture depicts. The tendency today is to hyper-focus on the specifics, the thing depicted, and to utterly ignore the view of the picture as a picture. The danger of this method is that without being able to recognize a picture as a picture, you can’t really ever see it as anything else, even when it is, in fact, something else. No doubt the sciences would continue without philosophy, but their progress would retard, stop, or even–in our current political climate–retrograde.

Sadly, many intro philosophy courses misguidedly teach the general body of students either an overview of the history of philosophy or a survey of philosophic topics. One might be better off taking a critical thinking course, but you might not either, as many critical thinking courses are taught like diluted versions of deductive logic. It’s not the student’s fault if they can’t find value in classes which will offer them little to nothing in their later disciplines and careers. Neither is the administration erring to remove such classes from the general requirement. That some philosophy class ought to be required for any student hoping to earn even an associate’s degree I think goes without saying, but what kind of class should philosophers be offering to the next generation of scholars, business people, and professionals? A history of metaphysics? Formal logic? Theories of epistemology?

I’m reminded here of the growing millennial disdain for irrelevant high school education, stressing the Pythagorean theorem but failing to teach how to do your taxes. This stress on teaching the objectively measurable over teaching the necessary, the useful, and the beneficial has become the hallmark of modern American education, both public and private. We’ll spend ten years teaching children arcane mathematics but we won’t spend ten minutes teaching them how to have a healthy relationship, how to debate politically, and how to see the world from another’s perspective. And the reason is simply that teaching children how to live a good life is never a value to the people who hope to use these kid’s labor, but them knowing arcane math at least could be.

Philosophy departments across the United States, afraid of dwindling enrollments and/or the looming removal of their classes from their university’s general requirement, may wish to reconsider what philosophy really is and what it really has to offer students outside of the department itself. I say, save the history of philosophy for the majors and minors and even the examination of the interesting topics like metaphysics and epistemology for the upperclassmen. Let’s forget ethics, politics, and ontology, let’s leave Stoicism, Platonism, Modernism, and Post-modernism on the shelf, and instead, teach logic, ethics, and self-examination.

By logic, I don’t mean the dusty old formal deduction. I mean logic like Aristotle meant logic. I mean logic, like thinking and speaking clearly, with a dedication to finding the truth. By ethics, I mean teaching students to question their fundamental assumptions, to challenge themselves to rise above their own perspectives, and to see everything in this world as something they can and ought to fully engage with before they judge it. By self-examination, I mean the looking critically at our ontology, I mean cultural analysis that questions all the other factors that shape our being. I wish I had a more specific solution, but I have faith in the unwavering creativity of my peers. The gauntlet to save philosophy has been thrown at our feet, it is the mission of philosophers to save themselves.

This blog is devoted to short philosophic essays on Libertarian Socialism and other ideas as they occur to me. All the ideas set forth in this blog are mine, this includes mistakes. I’m happy to talk to anyone about them, feel free to leave a comment. But please make sure your comments are relevant, researched, realistic, and respectful; anything less will be deleted.