In the neoliberal picture of economics, it is a common assumption that workers are indirect beneficiaries from the saving and reinvestment of capitalists in their privately owned businesses. Capitalism thereby provides these laborers with jobs, income, and indeed their very lives. This notion can be found from Bernard de Mandeville (The Fable of The Bees: or, Private Vices, Publick Benefits) to Friedrich Hayek (The Fatal Conceit), and popularized in the war cry of Gordon Gekko, “Greed is… good. Greed is right, greed works.” Of course, we are not really talking about “greed” here but “savings and investment”. Put simply, the idea is that by following their own self-interests the capitalists, inadvertently and out of necessity, provide for an army of workers who would otherwise be unable to survive. This all sounds straightforward enough, but there is a problem. This argument is curved three hundred and sixty degrees.

The neoliberalism assumes that the act of saving for new capital expenditures must be the product of the lone action of the enterprises’ owners. Part of the reason for believing this is cultural. The law and most people have–without good reason, mind you–assumed that the product of an enterprise’s efforts belongs exclusively to the owners of its capital. This is the fundamental assumption of capitalism. It is from this assumption that it seems to follow that the reinvestment in an enterprise’s capital is an act of its “owners”. Another reason, more classist and derogatory, comes from a long history of intellectual’s belief that lowly wage-workers were incapable of managing money. The stereotype of the drunken field hand or dock worker embodies the sentiment. Given them more money, according to this classist logic, and they would thoughtlessly spend it on gambling games, booze, and prostitution. This prejudice lingers on centuries later the wreck of capitalist poverty created such desperate people for whom a minutes entertainment was the best they could hope for, and despite overwhelming evidence to the contrary. This is nevertheless the source but not the problem with the neoliberal argument. To see why we’ll need to examine the process of profit from sales.

The neoliberal’s capitalist model looks something like this: the owner of the capital (material components) of an enterprise is assumed to be “owner” of the enterprise itself, and this is true whether or not they work for the company or have ever even laid eyes upon it. As the “owner” of the enterprise, they have rights that extend to the products of the enterprise’s industry. The owners of capital then, own the fruits of labor’s efforts based squarely on the strength of the assumption. As “owners”, they are at liberty to sell these items, (including service labor) for any price they can get and keep all of the profits thereof for themselves. The labor of workers has been assumed to have been contracted out, paid in advance, through fair and just negotiations, before the manufacture and sale of the “product”. The risk of a failure at the market is assumed also to belong entirely to the capitalist and is often invoked as the justification for their keeping the “surplus-value” or profit from sales, over and above the costs of production. If you accept this model, then it does follow that capitalists are saving for the future good of all of society and therefore what is good for the capitalists is the best anyone, capitalist or otherwise, can hope for.

I, obviously, do not accept a neoliberal capitalist model. Against it, I offer the following alternative: when a “product” is sold at the market the price is fixed by the consumers, that is the proceeds of the sale are ultimately set by demand for the product and have nothing whatsoever to do with the way the product was brought about. Consumers lack knowledge of production methods and set price based on relative utility over the cost of a product or service to themselves (this is the Austrian theory). But from the manufacturers’ point of view, the profit of sale comes back somewhat mysteriously, set entirely by the market, with little (including advertising) they can do to change it. It is impossible to tell from this perspective whose productive contributions made the product profitable. The labor of one person and the materials of another are so combined that both were equally necessary for there to be realized any profit at all. If we don’t just assume the capitalist tradition of arbitrarily favoring the material owners of the things in an enterprise as the legal owners of the enterprise itself (and hence its products), we would have to ask ourselves how the profits, set by the market, ought to be divided among the respective contributors to production. 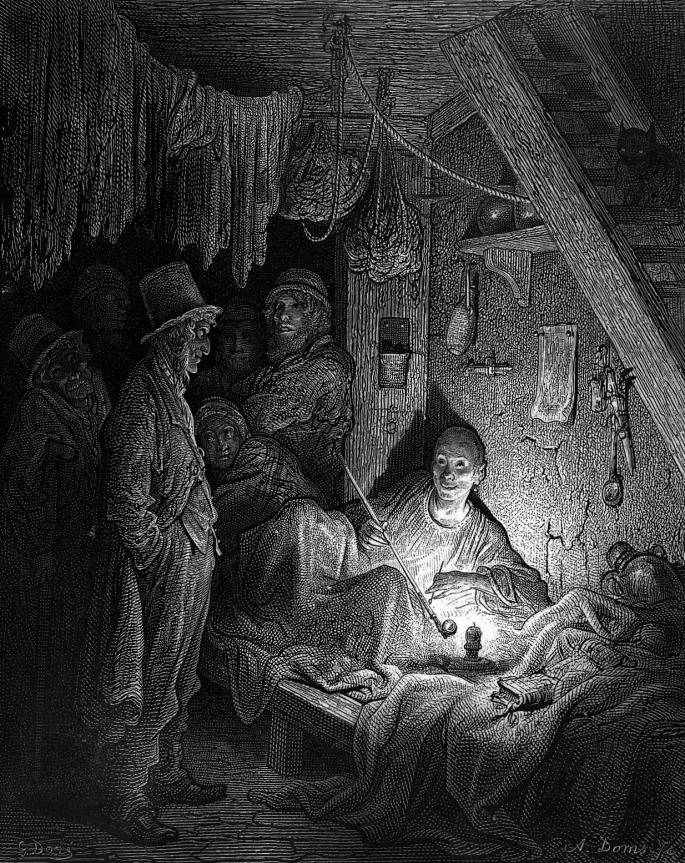 If we make the uncontroversial assumption that the rewards of group efforts ought to be shared evenly with respect to individual effort then there seems to be no reason to accept the fundamental assumption of capitalism. What gives capitalists the priority claim except for mere arbitrary tradition? And if we reject their claim, then the notion that workers owe their lives and livelihoods to capitalist’s self-interest goes right out the window; for if the profit is evenly shared then so too would be any saving and reinvestment in the capital of the enterprise. Worker’s can be seen to have been forced to save, so that money could be invested into the capital of an enterprise which they will benefit from only in the sense that the grist mill benefits from laboring because then its owners’ oil its parts. In short, if the profits are evenly shared, the savings are also.

But the stereotype persists, so that were the workers not “forced” to save, they would be very unlikely to reinvest, choosing instead to drink away their profits. I find this notion laughable, as I think of all the sodden millionaires, slurping Moet & Chandon, at some gala or another; no one accuses them of monetary impropriety. The fact is that laborers have more reason to invest in a company they own and work at than either an investor or an employee. The point here is that seen my way, the saving-act is really just as or even more legitimately an effort of laborers. We could view and should view laborers as the legitimate owners of the product, and so they either should have been paid more for their labor or they forwent the enjoyment of that income to invest it in the enterprises’ capital. It’s the assumption that capitalists should be considered the rightful owners of the products of industry and not all the members of that company that makes the neoliberal argument circular. The neoliberal cannot both assume the ownership of the products and use that assumption to justify the ownership of the means of production. This argument fails to prove that it is the capitalist who is really providing for the livelihood of the workers. It may just turn out that it is the workers who are really saving the money thus providing not only for themselves but all of the capitalist’s excessive wealth in addition.

It would surprise few on the left to learn that a similar kind of argument was used in defense of slavery in antebellum America. The idea was that slaves, being nearly as dumb as animals, couldn’t be expected to provide for themselves outside their native habitats. Being now caught up in an “extended order” (to use Hayek’s term for a society where almost none provide everything for themselves a bit anachronistically) they would not be able to survive without the slave-masters to provide for them. They owe their livelihoods and their very lives to the master’s efforts. So, the well-intended sympathies of intellectual elites and moralists who would abolish slavery can’t see that they would destroy the very material foundations that made the slave’s lives possible in the first place. But we know better today! It was not the slaves who depended on the masters’ benevolence for their livelihood, it was the masters who depended on the slave’s labors for theirs. It was mere contrivance that–like a funhouse mirror–makes it appear upside-down. Sadly, the “funhouse” is the “courthouse” and the “mirror of distortion” is the “law”.

To save money is exactly the same thing as to earn money, profit is savings and savings is profit, from an individual point of view. It is only when we consider society as a whole that we can see that the two are not the same. This Keynesian insight has largely been forgotten, but it plays a role both in the need to establish a guaranteed income and in arguing against the neoliberal conception of capitalism.

Marx wrote: “Political economy, the science of wealth, is, therefore, at the same time, the science of renunciation, of privation and of saving, which actually succeeds in depriving man of fresh air and of physical activity. This science of a marvelous industry is at the same time the science of asceticism. Its true ideal is the ascetic but usurious miser and the ascetic but productive slave… The less you eat, drink, buy books, go to the theatre or to balls, or to the public house, and the less you think, love, theorize, sing, paint, fence, etc. the more you will be able to save and the greater will become your treasure which neither moth nor rust will corrupt–your capital. The less you are, the less you express your life, the more you have, the greater is your alienated life and the greater is the savings of your alienated being. Everything which the economist takes from you in the way of life and humanity, he restores to you in the form of money and wealth.” (Marx’s Concept of Man, 144)

If the saving that enables both the reinvestment and the profits of the wealthy is, in fact, a forced saving on labor, then they are the “ascetic but productive slave” Marx mentions. And as I said above, the strength of the neoliberal argument for savings is carried entirely by assumption. We need only ask ourselves, by what right can capitalist’s claim ownership if we do not accept the neoliberal argument from tradition? Here I think is where the argument for private property ownership laid out in Locke, based on both a need for exclusive use and expenditure of labor to acquire comes into play. It is from this justification that we can see the neoliberal assumption to be false. And what is more, it not only reveals the assumption to be false but proves that it is laborers that are or could be the true owners of the means of production. They alone could meet both of the necessary conditions for private property ownership.

This blog is devoted to short philosophic essays on Libertarian Socialism and other ideas as they occur to me. All the ideas set forth in this blog are mine, this includes mistakes. I’m happy to talk to anyone about them, feel free to leave a comment. But please make sure your comments are relevant, researched, realistic, and respectful; anything less will be deleted.